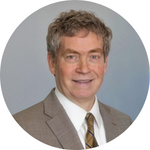 This is a guest message from Sheri D. Schully, Ph.D. Dr. Schully leads the ODP team that analyzes and monitors NIH investments in prevention research, including developing new methods and tools for characterizing NIH research. In October 2018, Dr. Schully and her team published two papers in the American Journal of Preventive Medicine about the ODP’s analysis of the NIH prevention research portfolio.

I am pleased to present the ODP Strategic Plan for Fiscal Years 2019–2023, Prevention Research: Building a Healthier Future. This plan outlines how our efforts will help shape the landscape of prevention research over the next 5 years and presents the priorities for the Office.

Special Update: The All of Us Research Program National Launch

The All of Us Research Program, which began national enrollment on May 6, is a historic effort to gather data from 1 million or more people living in the United States to advance individualized prevention, treatment, and care for people of all backgrounds. Supported by the National Institutes of Health (NIH), All of Us is expected to be the largest and most diverse longitudinal health research program ever developed.

Strategic Priority IV aims to promote collaboration in prevention research across the NIH and with government and private partners. The goal is to identify and share best practices and models in collaboration, build support infrastructure, and coordinate funding opportunities.

The goal of Strategic Priority III is to promote the best available methods in prevention research. Over the past year, the ODP has continued to work toward improving the quality of prevention research methods by updating and expanding its prevention science tools and training opportunities.

Identifying research gaps can lead to new research that ultimately improves the public health. With Strategic Priority II, the ODP identifies prevention research areas for investment or further expansion by the NIH.

The Office of Disease Prevention’s (ODP) Strategic Priority I focuses on the development of new tools to characterize the National Institutes of Health (NIH) prevention research portfolio.

The mid-course of the ODP Strategic Plan for Fiscal Years 2014–2018 offers the opportunity to highlight accomplishments for the six priority areas in 2016 and provide an update on the Tobacco Regulatory Science Program (TRSP).

The ODP is leveraging its website and other digital communication tools to increase the visibility of and foster work on prevention research at the NIH and across the country.

The ODP has collaborated with multiple partners to fund research and training opportunities, initiate first steps in a trans-NIH dissemination and implementation (D&I) portfolio analysis, and provide information and tools to support investigators, public health professionals, and other stakeholders.

On May 5, 2016, the FDA issued its final deeming rule to extend its authorities to all categories of products that meet the statutory definition of "tobacco product" in the Federal Food, Drug, and Cosmetic Act, except accessories of such newly deemed tobacco products.

As the ODP enters the third year of its Strategic Plan, progress has been made with the six strategic priorities and the Tobacco Regulatory Science Program (TRSP).

Despite overall progress in reducing tobacco consumption, tobacco remains the leading cause of preventable disease and death in the United States. There is growing concern about the potential public health impact of new tobacco products, such as electronic cigarettes (e-cigarettes)—particularly among youth.

Identifying research gaps can lead to increased efforts and new research that ultimately improve public health. To achieve this aim, the Office of Disease Prevention (ODP) is identifying prevention research areas for investment or expanded effort by the NIH.

Preventable health risks, such as smoking, obesity, and physical inactivity, cause up to half of all deaths in the United States. To reduce these risks and the associated burden of disease, the NIH spends approximately 20% of its annual budget on prevention research.

As we enter the new fiscal year, I am pleased to report on the progress we have made related to the Office of Disease Prevention's (ODP) first Strategic Plan. This plan, which was approved by the NIH Director in January 2014, includes six strategic priorities that will guide the work of our office through 2018.

As we enter 2014, I am pleased to announce the completion of the Office of Disease Prevention's (ODP) first strategic plan. After a year of hard work, this plan was approved by the National Institutes of Health (NIH) Director on January 2, 2014. We identified six strategic priorities, highlighted below, that will guide the work of the Office during 2014-2018:

When I came to the Office of Disease Prevention (ODP) in October 2012, I was excited at the prospect of leading a new strategic planning effort, developing new programs, strengthening partnerships within the National Institutes of Health (NIH) and with other federal agencies, and expanding our dissemination efforts. I am pleased to report our progress to date, with much more to come in the future.