Despite overall progress in reducing tobacco consumption, tobacco remains the leading cause of preventable disease and death in the United States. There is also a growing concern about the potential public health impact of the rising popularity of new tobacco products, such as electronic cigarettes (e-cigarettes)—particularly among youth.

The 2009 Family Smoking Prevention and Tobacco Control Act (TCA) created a powerful new set of tools to combat tobacco use when it gave the U.S. Food and Drug Administration (FDA) the authority to regulate cigarettes, cigarette tobacco, roll-your-own tobacco, and smokeless tobacco products. The TCA also granted the FDA the ability, through a process called rulemaking, to “deem” other categories of tobacco products to be subject to its regulatory authority. In April 2014, the FDA proposed such a rule that would extend its authority over additional tobacco products such as e-cigarettes, cigars, pipe tobacco, certain dissolvable products that are not “smokeless tobacco,” gels, and waterpipe (hookah) tobacco. As required by law, the proposed “deeming” rule was open for public comment, and the final rule is expected to be published in the coming months. At that point, the FDA will have authority to develop and issue regulations for these additional tobacco products.

To do so, the FDA needs a strong science base to support defensible regulations. To develop the science that will guide their regulations, the FDA partnered with the NIH to create the Tobacco Regulatory Science Program (TRSP). Located within the NIH Office of Disease Prevention (ODP), TRSP coordinates a research program that aims to better understand the risks of tobacco use and help reduce its public health burden. With funds from the FDA, TRSP is supporting a robust research portfolio of more than $100 million per year.

Recently, TRSP researchers made several key contributions to the science of tobacco control. Dr. Eric Donny from the University of Pittsburgh investigated the addictiveness of cigarette smoking. In the October 1st issue of the New England Journal of Medicine, his team reported the results of a multisite, double-blind randomized trial of reduced nicotine content cigarettes in smokers not currently interested in quitting. Compared to the users of regular cigarettes, smokers assigned low-nicotine cigarettes smoked significantly fewer cigarettes per day and showed reduced nicotine exposure and dependence without adverse or compensatory effects. Under TCA, the FDA has the authority to regulate cigarette addictiveness through setting nicotine content standards. Dr. Donny’s study provides evidence that such regulation can be effective.

Another TRSP grantee, Dr. Adam Leventhal from the University of Southern California, investigated the addictive potential of e-cigarettes. His team followed a cohort of 9th graders who never smoked conventional cigarettes. The results, published in the August 18th issue of the Journal of the American Medical Association, show that those who used e-cigarettes at the beginning of the study were significantly more likely to try combustible tobacco products in the following year. These findings suggest that e-cigarettes can serve as a gateway to conventional tobacco use.

A group supported by TRSP and led by Dr. Mary Falcone from the University of Pennsylvania provided new evidence on the effectiveness of cigarette marketing laws. In June 2010, FDA banned the use of the terms ‘light,’ ‘mild,’ and ‘low’ on cigarette packaging, since they might convey a false impression of reduced health risks. Dr. Falcone’s team reported in the February 2015 issue of the journal Health Education Research the results of a survey of the awareness of these changes among light cigarette smokers. Researchers found that fewer than half of the respondents noticed the labelling changes. The study supports the call for a tighter regulation of cigarette packaging design in order to gain smokers’ attention and minimize misperceptions.

TRSP-funded research continues to provide vital evidence to support regulations that will help ensure that tobacco control, often seen as one of the 20th century’s greatest public health successes, is upheld and expanded. TRSP-funded research complements the other research related to tobacco products that has been supported for many years at the NIH. 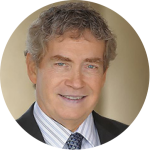