I’m honored to mark the 35th anniversary of the ODP. Our Office was founded in 1986 to promote and coordinate prevention research across the NIH and with other public and private partners. The field has changed dramatically since then. To get a sense of how much has been accomplished, ODP staff and I took some time to consider the past, present, and future of prevention research.

How has the field of prevention research evolved since 1986?

When the ODP was founded, prevention research was focused heavily on infectious diseases. For example, the goal to eliminate polio in the Americas was set in 1985 and several vaccines were first licensed in the 1980s, including a vaccine against Hepatitis B and the oral typhoid vaccine.

Over time, attention has shifted to preventing chronic disease. Three community-based heart disease prevention projects funded by the National Heart, Lung, and Blood Institute in the 1980s set the stage for the rapid growth of group- or cluster-randomized trials in prevention research. In the years that followed, we saw an increasing number of worksite-based trials to address risk factors for cardiovascular disease and cancer; school-based trials to address adolescent use of alcohol, tobacco, and other drugs; clinic-based trials for smoking cessation; and many more.

At the same time, rapid developments were made in the methods for those trials. Until about 10 years ago, prevention research relied on traditional methods for observational research and clinical trials. We have seen a shift to newer methods, such as pragmatic trials, in an effort to make prevention research less expensive and more easily implemented in practice.

Biomedical research has also begun to move away from its historical focus on white men. The Women’s Health Initiative, originally led by the ODP’s third director, Dr. William Harlan, was launched in 1991 as the first large-scale prevention trial focused exclusively on women. The NIH Office for Research on Women’s Health was created in 1993, and the NIH required inclusion of women in all research in 1994. Although inclusion of racial and ethnic minority groups in prevention research still lags behind that of white persons, the NIH is making concerted efforts through initiatives like UNITE to address health disparities and improve health equity research.

What are some ways that the ODP has helped advance the field over the last 35 years?

We encourage you to explore our History of the ODP timeline and our new infographic for a fuller look at our work over the years. Listed below are some highlights. 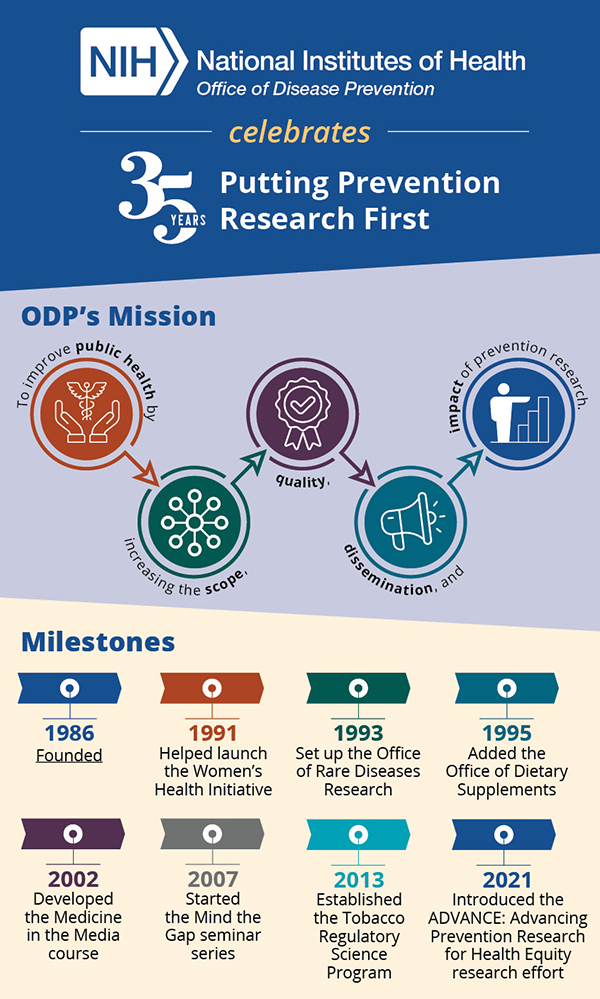 How can we build on this progress?

Looking forward to our next 35 years, some major areas of focus for the ODP include:

While we have a great deal of work to do, we look forward to continuing to advance prevention research through developing and implementing evidence-based interventions to improve the health of our nation for all. 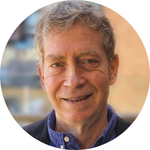