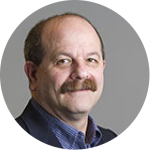 Changing Epidemiology of HPV and Cervical Cancer: From Etiology, to Validation of Prevention Methods, to Dissemination

Over three decades of studies moving from etiology to preventive methods research to guidelines development, Dr. Schiffman has learned some broad lessons about the strengths and weaknesses of epidemiology that he described in his lecture.

Mark Schiffman, M.D., M.P.H., is a Senior Investigator at the National Cancer Institute in the Division of Cancer Epidemiology & Genetics, Clinical Genetics Branch. He received an M.D. from the University of Pennsylvania and an M.P.H. in epidemiology from The Johns Hopkins School of Hygiene and Public Health. He joined the NCI as a Staff Fellow in 1983 and, in 1996, was appointed Chief of the Interdisciplinary Studies Section in the Environmental Epidemiology Branch (which later became the HPV Research Group in the Hormonal and Reproductive Epidemiology Branch). He joined the Clinical Genetics Branch in October 2009 to study intensively why HPV is such a powerful carcinogenic exposure, akin to an acquired genetic trait with high penetrance for a cancer phenotype. The main studies in which Dr. Schiffman played a major role in the past 5 years, listed chronologically, include: The Portland Kaiser Cohort; the Taiwan Cohort Study; the Guanacaste Natural History Study; the ASCUS-LSIL Triage Study (ALTS); the Study to Understand Cervical Cancer Early Endpoints and Determinants (SUCCEED/Biopsy); the Costa Rica Vaccine Trial (CVT); the Persistence and Progression (PaP) Study; and Nigeria Project Itoju. These studies overall have related HPV status to outcome for more than 100,000 women.