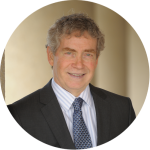 Experiments differ considerably in the methods used to assign participants to study conditions (or study arms) and to deliver interventions to those participants. The new Research Methods Resources website provides information related to the design and analysis of experiments in which (1) participants are assigned in groups (or clusters) OR participants are assigned individually but receive at least some of their intervention in groups (or clusters), and (2) individual observations are analyzed to evaluate the effect of the intervention. These studies have the expectation of positive intraclass correlation among observations taken on members who receive their intervention together.

This webinar provides a guided tour of the new website and discussed its relevance to the changes in NIH requirements for applications for clinical trials submitted on or after January 25, 2018. It includes examples to illustrate the use of the sample size calculator for group- or cluster-randomized trials, which is included on the website.

This material is relevant for both human and animal studies and for both basic and applied research. And while it is important for investigators to become familiar with the issues presented on this website, it is even more important that they collaborate with a methodologist who is familiar with these issues.

Dr. Murray has spent his career evaluating intervention programs designed to improve the public health. Beginning in the late 1980s, Dr. Murray focused on the design and analysis of group-randomized trials in which groups are randomized to conditions, and members of those groups are observed to assess the effect of an intervention. Dr. Murray wrote the first textbook on that material, published by Oxford University Press in 1998. He has worked on many of these trials, collaborating with colleagues around the country. He has also conducted research to develop and test new methods for their design and analysis.

Dr. Murray served as the first Chair of the Community-Level Health Promotion study section, which reviews many of the group-randomized trials submitted to the NIH. After 35 years at the University of Minnesota, the University of Memphis, and the Ohio State University, Dr. Murray joined the NIH in September 2012, as the Associate Director for Prevention and Director of the Office of Disease Prevention. He is responsible for promoting and coordinating prevention research among and between NIH Institutes and Centers and other public and private entities. He led the development of the first Strategic Plan for the Office, which was released in February, 2014.