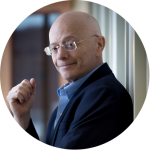 Quantitative research methods have the most power to appeal to collaborators in funding and policy, while qualitative studies can enhance the validity or trustworthiness of inferences and assertions by providing mutual confirmation of findings. Mixing qualitative and quantitative research methods can provide deeper exploration of causal mechanisms, interpretation of variables, and contextual factors that may mediate or moderate the topic of study.

Additionally, formative mixed methods can be instrumental in learning how to access and develop trusting relationships with different sectors of a community (Jason and Glenwick, 2012), and combining these methods can be most effective when undertaking community-based issues.

This webinar provides an introduction to the different approaches used in conducting mixed-methods research, including the benefits and challenges.

About Leonard A. Jason

Dr. Jason is currently Professor of Psychology at DePaul University and the Director of the Center for Community Research. Dr. Jason is a former president of the Division of Community Psychology of the American Psychological Association (APA). He has served as the Vice President of the International Association for Chronic Fatigue Syndrome/Myalgic Encephalomyelitis  (IACFS/ME) and as the Chairperson of the Research Subcommittee of the U.S. Chronic Fatigue Syndrome Advisory Committee.

Dr. Jason has edited or written 27 books, and has published over 750 articles and 90 book chapters. He has served on the editorial boards of ten psychological journals, in addition to serving on review committees of the National Institutes of Health and receiving over $36,900,000 in federal research grants. He was given the Dutch ME-Foundation International ME-Award for 2003 for outstanding work in the field of CFS. He also was presented in 2007 with a Special Contribution to Public Policy award by the Society for Research and Action.

Dr. Jason was awarded the 2011 Perpich Award for distinguished service to the IACFS/ME and the CFS/ME community, and in 2013, he was presented with the DePaul University College of Science and Health’s Excellence in Research Award. In 2015, he was presented the American Psychological Association’s award for Distinguished Professional Contributions to Applied Research.