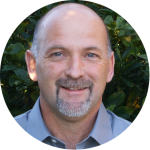 Dr. David P. MacKinnon, Ph.D., has been developing, evaluating, and applying methods to assess how interventions work for over 30 years. He is a Foundation Professor of Psychology at Arizona State University. He received his undergraduate degree from Harvard University, and his Ph.D. in measurement and psychometrics from UCLA in 1986. In 2011, he received the Nan Tobler Award from the Society for Prevention Research for his book on statistical mediation analysis. Dr. MacKinnon has been Principal Investigator on several National Institutes of Health grants. He received the Method to Extend Research in Time (MERIT) Award from the National Institute on Drug Abuse for his research on mediation analysis. He has given numerous workshops in the United States and Europe, has served on federal grant review committees and as a consulting editor, and is a Web of Science Highly Cited Researcher. He is a Fellow of the Association for Psychological Science, Society for Prevention Research, and American Psychological Association Quantitative and Qualitative Methods Division. He is past president of American Psychological Association Division 5 and is president-elect of the Society of Multivariate Experimental Psychology.