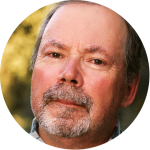 Big Data is an overused term, but it does speak to a break from the past in the amount and complexity of data being gathered and analyzed, as well as in the methods applied to that data. How disruptive will Big Data be in the long run to biomedical research and health care?

Dr. Bourne addresses this question in light of the Big Data to Knowledge (BD2K) initiative and other trans-NIH data science programs.

Dr. Bourne is the Associate Director for Data Science (ADDS) at the National Institutes of Health (NIH). In that role, he sets a vision for and oversees Data Science, including the sharing and sustainability of data and tools.

Dr. Bourne is an elected fellow of the American Association for the Advancement of Science (AAAS), the International Society for Computational Biology (ISCB), and the American Medical Informatics Association (AMIA). He was awarded the Jim Gray eScience Award (2010), the Benjamin Franklin Award (2009), the Flinders University Convocation Medal for Outstanding Achievement (2004), the Sun Microsystems Convergence Award (2002), and the CONNECT Award for new inventions (1996 & 1997).