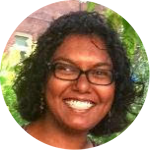 Rachel J. Mandal, M.Sc., joined the Office of Disease Prevention (ODP) in February 2013 to assist with the establishment of the Tobacco Regulatory Science Program (TRSP), which coordinates the trans-National Institutes of Health (NIH) collaborative effort with the Food and Drug Administration’s Center for Tobacco Products to foster tobacco regulatory research. As the Senior Public Health Advisor, Ms. Mandal is the principal advisor on policy, administrative, management, financial and operational aspects of the TRSP. Her contributions have been recognized by the HHS Secretary's Award for Meritorious Service, the FDA Commissioner's Special Citation, and multiple NIH OD Honor Awards.

Ms. Mandal came to the ODP after having worked in the NIH’s Office of Behavioral and Social Sciences Research (OBSSR) and the National Cancer Institute’s (NCI) Cancer Prevention Fellowship Program. At both OBSSR and NCI, Ms. Mandal oversaw program evaluations, budget tracking, training initiatives, and policy implementation and planning activities. At OBSSR, she led efforts to encourage research in social network analysis and health and efforts to address health disparities in lesbian, gay, bisexual, and transgender (LGBT) populations. She received the NIH Director’s Award for her work on the trans-NIH LGBT Research Coordinating Committee.

Prior to joining the NIH, Ms. Mandal was at the Lineberger Comprehensive Cancer Center at the University of North Carolina at Chapel Hill, where she worked on the “Health eCommunities” project, a study on the impact of participation in cancer-related online mailing lists on cancer patients, survivors, and caregivers. She was previously a Senior Research Associate at the Federal Reserve Bank of St. Louis, where she won the National Association of Business Economics’ Edmund A. Mennis Contributed Paper Award. Ms. Mandal received her M.Sc. in health, population, and society from the London School of Economics and Political Science and her B.A. in economics from Wesleyan University.