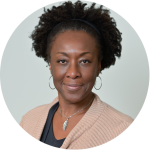 Dr. Jacqueline Lloyd joined the ODP in February 2020 as a Senior Advisor for Disease Prevention. In this role, she leads efforts to promote collaborative prevention research projects and facilitate coordination of such projects across the NIH and with other public and private entities.

Prior to joining the ODP, Dr. Lloyd worked at the National Institute on Drug Abuse (NIDA) in the Prevention Research Branch (PRB) for more than 11 years. She joined NIDA as a Health Scientist Administrator and Program Official. She served as Deputy Branch Chief of the PRB from 2012–2017 and as Acting Branch Chief from 2017–2018. She led and served as Lead Project Scientist for the Helping To End Addiction Long-Term (HEAL) Preventing Opioid Use Disorder in Older Adolescents and Young Adults Initiative from 2018–2020. She also oversaw a portfolio of research that included drug abuse and HIV prevention in at-risk adolescents and adults.

Before NIDA, Dr. Lloyd was an Assistant Professor at Temple University in the School of Social Administration and prior to that, she was an Assistant Professor at University of Maryland in the School of Social Work. Dr. Lloyd’s own research included testing community-based youth prevention programs; research on sexual and HIV risk behaviors and substance use in youth; and examination of the role of family, peer, and social network contextual factors on risk behaviors and intervention outcomes.

Dr. Lloyd received her Ph.D. in 2000 in drug dependence epidemiology from Johns Hopkins School of Public Health. She also holds a master’s degree in social work from University of Connecticut.